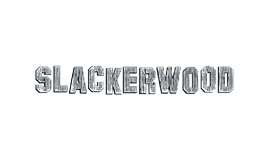 The 18th Austin Film Festival is almost here. To help celebrate all the locally connected movies at this year’s fest, we’ve reached out to a number of filmmakers to find out about their Austin and Texas-tied films screening at AFF, and to hear about what they’re looking forward to doing during the festival.

Deep In The Heart, starring Jon Gries (Natural Selection, Real Genius) and Val Kilmer (Kiss Kiss Bang Bang), is premiering at AFF. Writer and producer Brian Hoffman (Corked) talks about the real-life story behind the script and his favorite spots in Austin. Hoffman is pictured above with director Christopher Cain on the set in Georgetown.

Slackerwood:  Describe your film for us, in a quick and dirty paragraph.

Brian Hoffman:  It is the true story of a Texas man, Richard “Dick” Wallrath, whose personal demons caused him to hit rock bottom. After losing everything — jobs, his family, hope — Dick found faith, picked himself up and trudged on to eventually earn back the love of his children, build a successful window company and become the highest all-time individual donor to Texas 4-H and Future Farmers of America. Wallrath’s story proves hope is found Deep in the Heart.

Tell us one thing about this film that is going to make it impossible for people to resist seeing it at AFF?

Jon Gries. His performance is awesome!

How long have you been working on Deep in the Heart?

What are the recognizable locations in Austin/Texas?

Tons! We shot all over Austin plus Lakeway, Georgetown and Pflugerville. Dale Dudley, of the KLBJ morning show “Dudley and Bob,” has a cameo as Longhorn Lou … and lots more stuff that you will recognize when you see the film!

What are your future plans for this film?

We’re working on that now … hoping to have it out in theaters, then on DVD/digital download very soon.

What one place to visit/eat/drink would you recommend to out-of-towners here for AFF?

Impossible to name one, but here ya go: I have really enjoyed Bess Bistro and Eddie V’s, but the real truth is one of my favorite things about Texas in general is: Whataburger. Mustard all-the-way with sliced grilled jalapenos!! Love it! I also think people should check out the little shop on South Congress called Parts and Labour, they have really cool stuff by local artists and designers.

What are you looking forward to doing during the AFF?

Other than the world premiere of Deep in the Heart, I am looking forward to attending the screening of the British short film Gin & Dry, produced by my very dear friend and industry ally, MJ McMahon along with Matt Jones and their team at Capture in London.  It’s a really great little film.

Deep In The Heart plays Austin Film Festival on Sunday, October 23, at 7:30 pm at the Rollins Theatre at the Long Center, and encores Monday, October 24, at 7 pm at the Arbor.

[Photo credit: Christopher Cain and Brian Hoffman on the set of Deep in the Heart. Used by permission.]