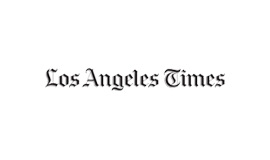 The wine industry mockumentary “Corked” seems destined to be paired with last year’s scruffy indie charmer “Bottle Shock” in a kind of buy-one, get-one-for-a-penny deal. Both are low-budget efforts, awkward in places but tasty and easy enough to swallow, coming as they do from places of heightened truth.

Written and directed by Ross Clendenen and Paul Hawley, “Corked” comes by its credentials thanks to the filmmakers’ background in Sonoma County. Hawley’s family has its own wine label, while Clendenen worked in cellars and tasting rooms.

The “Office”-style documentary follows several characters, including a pretentious wine ambassador (Clendenen, channeling Philip Seymour Hoffman in “The Big Lebowski”), a vineyard manager (Todd Norris) determined to protect his grapes by any means necessary and an independent winemaker (Jeffrey Weissman) desperate for recognition and an outside life. Some bits with a couple of numskull wine marketers often feel as labored as their ad campaigns, but that doesn’t keep “Corked” from leaving a pleasant aftertaste.