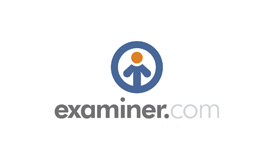 Corked!, a comedic look at the Northern California wine community, will run at Camera 3 Cinemas in San Jose from July 27 through July 30, 2009.

Written and directed by Sonoma wine industry insiders Ross Clendenen and Paul Hawley, and produced by Brian A. Hoffman, the film premiered at the Sonoma Valley Festival to rave reviews and had a market screening in Cannes where Duane Byrge of The Hollywood Reporter had this to say:

“A mockumentary in the ‘Spinal Tap’ tradition, ‘Corked!’ pops off the pretensions of the Northern California wine community…Drier and frothier than recent mockumentaries made by recognized Hollywood comics, ‘Corked!’ is a pithy delight.  It’s a brilliant lampoon of winemaking and will go well with either Milk Duds or organic popcorn.”

The inflated egos of vinters, sommeliers, wine critics, wine marketers, and know-it-all fans are satirized in this faux travel guide through Northern California vineyards.  The movie weaves the stories of driven, obsessed characters as they struggle to bring their wine to market, leaving no grape uncrushed as they compete for the ultimate prize, the fictional Golden Harvest Award.

Corked! was filmed at Hawley Winery & Vineyard, Bella Vineyard & Wine Caves, the Michel-Schlumberger estate, and Simi Winery.  It will show in other Bay Area locations including The Raven Film Center in Healdsburg next month, exact dates TBA.  Showings in San Francisco and Marin County are in the works.  I will keep you posted.  Look for the DVD to be released in the not too distant future, as well.

For more info and view the trailer: Corked!