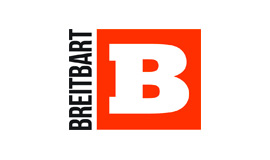 I had the pleasure of seeing an independent film named “Corked,” a movie that satirizes the pomposity and smugness of the culture of Sonoma Wine Country.

As somebody who does not drink alcohol, does not go to independent films, and does not drive my car outside the West side of Los Angeles (it’s an old car), I forayed into Downtown LA to watch a “mockumentary” where adult beverages were served.

I will spare you the elitist, flowery rhetoric about how it pops out of the bottle with energy and flows smoothly until the viewing palate is pleased. I remember seeing a commercial where wine tasters exclaimed, “Splendid clarity. Excellent Nose.” I wanted to smack these people, and also wanted to know if Hollywood celebrities could have a form of rhinoplasty that would enhance their wine drinking sensation.

In pure, non-aristocratic terms, this movie is funny. It is very funny. Try to picture Eugene Levy in “Best in Show” mating with Jane Wyman in “Falcon Crest.” (Please think of this in a G-rated manner. Ms. Wyman was Mrs. Ronald Reagan for heaven’s sake.)

This movie skewers the arrogance behind wine tasting. While it is not overtly political, it absolutely lacerates wine snobs, with politically incorrect humor that would please anybody with a pulse, much less a palate.

Virtually none of the characters have redeeming qualities. One wine honcho wears a tuxedo to the vineyards, while failing to understand why the Mexican workers dislike him. Another wine owner runs a one-man operation, falling asleep on the job from exhaustion. Another wine top dog is the son of a Texas billionaire who just wants his son to stay out of trouble. The marketing team are condescending racists trying to market wine to minorities.

Everybody in wine country wants to please Mr. Parsons, a tuxedo-sporting wine aficionado and critic that makes the late Mr. Blackwell (Hollywood’s worst dressed list) seem warm and fuzzy. Mr. Parsons decides who gets to win the “Golden Harvest Award.” The Golden Harvest Awards are very similar to the Oscars, in that virtually nobody outside the industry cares, but the narcissistic participants think that the fate of the free world hangs on their every move.

The brilliance behind Corked is producer Brian A. Hoffman. (Full disclosure: I know him. If I would have hated the movie I would have just kept my mouth shut.) The movie took him over three years to make, but on a shoe-string budget he has really hit one out of the ballpark. The characters are well fleshed out, and the dialogue is clever.

The movie should be watched twice, once just for laughs, and a second time for political junkies. At no time does a single political issue or politician get mentioned, but those who believe in political correctness get to have their beliefs stomped on like the sour grapes they spew. (For those who care about the rights of innocent fruits and vegetables, no actual grapes were harmed in the making of this movie.)

For those of you in Los Angeles, head down to the Downtown Independent Theater on 251 S. Main Street. The show is running there through June 11th. For everyone else, the Website spills all. To those who are too elitist to traipse into neighborhoods where commoners exist to watch lesser known actors, the solution is simple. Drop the pretenses, lighten up, have a drink, and go get Corked. You’ll be glad you did.