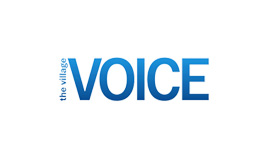 The mockumentary Corked! was screened at the Sonoma Film Festival earlier this year and will be shown in San Jose next week. There are plans to screen it in San Francisco and other cities around the world, including a possible New York screening, but no dates have been set as yet.

“We’re talking about [New York dates],” said Marcy Hamilton, a principal at TriCoast, the L.A.-based distribution company for the film. “We’ve had an incredible reaction so far. We’re just glad people are getting it. The humor is a little tilted, like The Office.”

Sort of like a Spinal Tap or Best in Show for the wine-drinking set, the film follows four different wineries, each of which represents a Californian winery stereotype: There’s the hippie winemaker, the smarmy marketers, the air-headed heir, and the jerk with the 120-decibel bird siren.

The film earned positive reviews at Cannes this year, and looks like it could get a good few chuckles out of any self-respecting wine geek.

Hamilton said the Corked! team is looking for either an art house release in New York, or — better yet — a film festival showing.