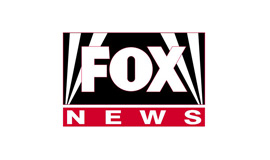 If you’re a lover of wine, chances are you’ll be drawn to, or at least intrigued by, movies that prominently feature wines. Fortunately, there are a large number of films which revolve around wine and wine tasting.

It is perhaps understandable that wine has become such an influential topic for movie makers, because there is something magical about wine — both in terms of the process of making it and the history of the vineyards and winemakers themselves.

One of the most noticeable things about movies revolving around wine is just how diverse they are — with some humorous, others romantic, and a few documentaries thrown into the mix as well. One thing they all have in common, however, is that they have wine at their core and it serves as the catalyst for some seminal movie moments that will you will remember long after you’ve polished off the final drop of your favorite tipple.

Sideways has become a seminal wine movie, and for anyone who is serious about their wines and their movies, it is utterly unmissable. It is a comedy-slash-drama that follows a failing writer and soon-to-be-married cad on their journey through the famous Santa Ynez wine country in California. It is a classic film and one that enjoyed a rapturous reception from both the critics and lovers of American wines all over the world.

The Kids Are All Right

While this movie isnt as centered around wine as, say, Sideways is, wines do feature prominently throughout. The characters are regularly seen making sophisticated wine choices that seem incredibly relevant to the scene. The film itself revolves around how a lesbian couples adopted children make the decision to track down and meet their birth father. It is a great movie and the wines mentioned throughout the film serve as the perfect backdrop for the movie as a whole.

One of the great wine movies, Bottle Shock tells the famous true story of the “blind” Paris wine tasting session in 1976, which had the leading tasters in the industry pitting their palates against French and Californian wines with some very surprising results. It’s safe to say that the wine industry was never the same again after this infamous wine tasting session. The film stars Alan Rickman as a wine shop owner in Paris who instigates the blind tasting test in order to make Parisians aware that quality wines were available all over the world, not just on their own shores.

The Earth Is Mine

This film, set in the 1930s, tells the story of an English woman, Elizabeth, who comes to live with her wealthy winemaking aunt and uncle in California during the Prohibition period. The winemaking aunt and uncle endeavor to marry Elizabeth off to another wine dynasty in the region to consolidate their strength over the industry but, of course, Elizabeth has different ideas. It’s a great example of classical filmmaking and one that shows the wine industry during a considerable period of turbulence.

This is an outrageously comical tale crafted by documentary filmmakers from four different wineries in the highly respected Northern California wine country. The film revolves around a visiting wine critic and shows how the different wineries go out of their way to make sure that their wine is chosen as the best in show. It’s a great addition to our list of wine movies, and one that deserves your attention despite not being quite as mainstream as some of the other movies in our list. A hidden gem.