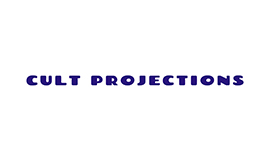 Matthew Jones, a successful commercials creative director and producer, has fashioned a brilliant documentary about a pivotal era in contemporary electronic music and the ambitious young man who spearheaded one of the most influential record labels of the 90s. James Lavelle was a teenager with big ideas and a serious passion. Dropping out of school he landed himself a column, “Mo’Wax” with respected rag Straight No Chaser, and before you can say “bangbangboogiesayupjumedtheboogie” Lavelle had formed a record label named after his column, and had a swag of artists clambering at his feet. He was the architect, the visionary, and he was just eighteen. In a world of cowboys and indians, he was the pirate, an honourable rogue … and he triumphed and suffered for his art and ambition.