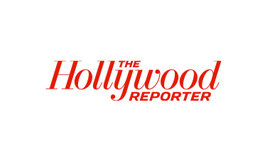 The British Independent Film Awards – the BIFAs to those in the know – is set to unveil its official nominations on Nov. 1 ahead of the Dec 4. ceremony in London.