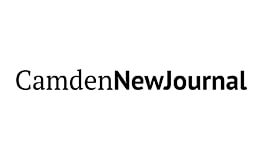 LESS than a month after The Streets take their 2018 reunion tour on the road, frontman Mike Skinner returns to present his latest music documentary to Everyman Cinemas’ fourth Music Film Festival.

This year’s festival, which runs from May 7 until May 16, and has more recently begun to branch out to Everyman cinemas outside of London, includes films and documentaries on Bob Marley, Glastonbury, Michael Caine, Nico and James Lavelle, as well as a Q&A session with The Slits’ bassist and punk legend Tessa Pollitt and live performance from George the Poet.

As well as Q&As with directors and artists and live performances, the cinema is teaming up with Camden Town Brewery to add the brewery’s beers to their bars.