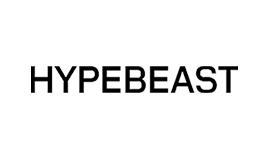 Launching today, the 60th edition of the London Film Festival is one of the world’s most dynamic, as its schedule of 245 features and 144 shorts is set to bring the industry’s A-listers to town. Among its hard-hitting list of crowd-pleasing blockbusters, edgy documentaries and boundary-pushing debuts is the launch of its Black Star series, which showcases top black acting talent, as well as dedicated strands to music and experimental cinema. Here we’ve picked out five films set to make a major impact this year.