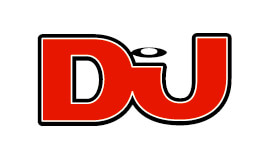 A new documentary, The Man From Mo’Wax will chart the ongoing influence of pioneering UK electronic figure James Lavelle, whose presence in the scene as a DJ, producer and label head remains pivotal today, nearly three decades into his career.

The film, which is set for release on 31st August, starts from the beginning of the artist’s trajectory, playing his first DJ set aged 14. Lavelle would go on to launch his Mo’Wax label aged 18 and would subsequently release one of the most influential albums in UK electronic music’s history, DJ Shadow’s ‘Entroducing’.

He would go on to work with DJ Shadow under the UNKLE moniker to release ‘Psyence Fiction’ aged 22 as well as hold down a longstanding Fabric DJ residency. And he has barely slowed since.

The documentary features interviews with DJ Shadow, Joshua Homme of Queens of the Stone Age, Massive Attack’s Robert Del Naja (3D), The Stone Roses’ Ian Brown, Futura, Radiohead’s Thom Yorke and Grandmaster Flash, giving a unique and insightful look into the scene that these artists existed within in the ‘90s.

As well as being screened in selected cinemas from 31st August, on 10th September the BFI will release a numbered, limited edition Blu-ray/DVD edition featuring bespoke packaging, original artwork, and an array of extras. Standard editions will also be released on the same date.

Check out the trailer for the documentary below. For more info, visit the film’s website.

Of course, this isn’t the first electronic music documentary that’s gotten us excited this year, with Carl Cox and Martin Garrix’s ‘What We Started’ stirring quite a lot of interest last month. Check out our 10 must-see dance music documentaries available on Netflix here.