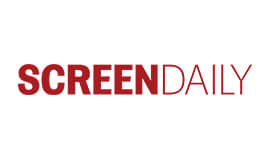 Little has been publicly known about the structure and growth plan of the new player until now but the company is officially launching today after theatre impresarios Sir Howard Panter and Rosemary Squire OBE acquired Lyn Goleby’s Picturehouse distribution assets in a multi-million-pound deal earlier this year.

Former Picturehouse MD Goleby had previously bought out Picturehouse’s distribution assets from Cineworld, taking a number of key staff in the process.